A Brief History of AMKA Graphics 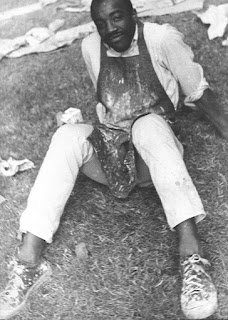 In 1969, I founded AMKA Graphics while I was a student at Howard University. In 1970, AMKA Graphics went into partnership with John Smith’s 'Reflections Unlimited'. By then the company had grown to 3 full-time and 4 part-time employees. AMKA (meaning 'to awake' in Swahili) was principally a graphic design company, but drew its income from concert promotions. This partnership was unique in that Reflections Unlimited did the PR work and AMKA Graphics created the advertising--all of which was done in-house. During that time, I had recently bought a coffee table-sized book about the Cuban poster artists of Castro’s Cuba, and read how the best artists were hired to produce posters for the cinema, theatre, health clinics, schools, government programs, etc. I was smitten. I found my calling. Right away, I saw the seductive powers of colorful silkscreen poster art, and its ability to reach and seduce the audience. I felt silk screening was the perfect advertising tool to reach and seduce people through a fine arts medium that would entertain as well as inform. In the summer of 1971, AMKA Graphics moved to a three-storied house on Kalorama Street, in the Adams Morgan area. This became AMKA Graphic’s home for the next two years. While there, I perfected my silk screening techniques in the development of highly designed poster art for concert acts. 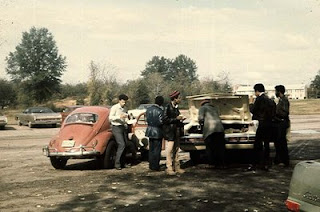 Many of the posters consisted of a dozen or more color runs, and were so compelling in their visual beauty, my crew and I had to print additional posters to replace the ones that were bound to be stolen. Our means of distribution was my roommate's '68 orange Beetle. We loaded up the front trunk with posters, and as many as six of us would pile inside the car, and head off to every university campus in the Wash., DC metropolitan area, where we slid flyers under dormitory doors, and tacked posters to trees, walls, bus stops, you name it. It was fun, and it was effective. Every concert, show, and event we advertised Sold Out! Some of the 'Acts' AMKA Graphics and Reflections Unlimited promoted were the Chambers Brothers, Nina Simone, Howard University’s 1971 Homecoming’s first “Pre-dawn Concert”, Washington, DC’s First Blues Festival, and numerous other acts. That same year, I got my first real commission to design the logo for the just formed Joint Center for Political Studies, an African American think tank.